Does Teething interfere with Sleep? 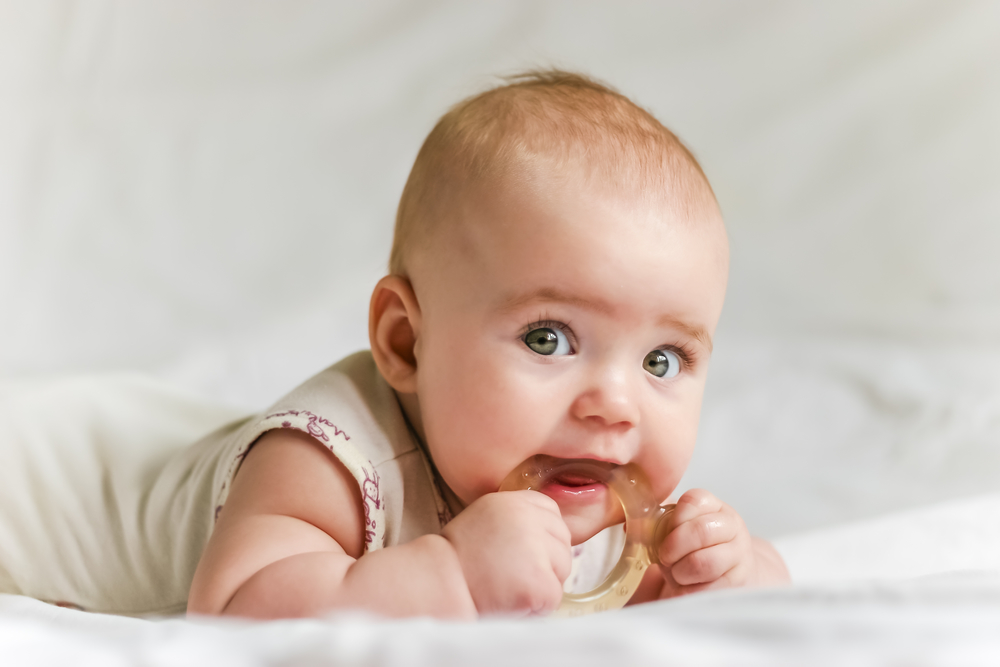 If your baby is waking several times during the night it is unlikely to be directly related to teething. Your baby’s deepest sleep is from bed time through to midnight and from midnight till 7am your baby is in a light sleep phase and it is very common for your them to wake frequently and need to be settled.

Study on teething and related symptoms

When your baby is born, they generally have all their baby teeth (also known as primary teeth), but you cannot see them yet.

Girls teeth generally appear earlier than boys. Most children will have all of their 20 baby teeth by the age of three years.

For some babies the arrival of teeth happens without any pain, whilst for other babies teething may cause discomfort.

Teeth usually come through in pairs starting with the bottom front followed by the top two middle and then along the sides and back.

The diagram below is a general guide to when baby teeth will appear. The timing for the appearance of teeth can vary greatly. 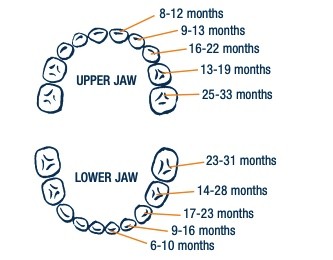 There is no doubt teething in an ongoing issue for parents in the early months. Parents often describe a wide and varying range of symptoms with seems to persist for several weeks.

Symptoms were only significantly more frequent in the 4 days before a tooth appeared, the day of the it appeared, and 3 days after, so this 8-day window was defined as the teething period.

Symptoms not associated with teething

Chest congestion, sleep disturbance, loose and frequent stools, decreased appetite for milk, cough, rashes other than facial rashes, fever over 39°C, and vomiting were not significantly associated with the appearance of a tooth.

It has been concluded that almost all parents, the majority of nurses, and many physicians believe that teething is associated with the appearance of symptoms, most of which are minor and relate to discomfort rather than physical illness and most use some form of medication to manage it.

If your one of the lucky ones your baby’s teeth will appear with no signs and symptoms!

Most parents accept that teething is an uncomfortable but a transient part of a baby’s development. However, teething is manageable if you’re happy (and it is appropriate) to give your baby pain relief which, as a nurse, I absolutely was.

In May 2019 a popular teething gel is being removed from the Australian market after incidents of infants being harmed consuming too much of the active ingredient. Teething gels that contains lidocaine are said to be harmful if swallowed. There are many other safe products available and your pharmacists will be able to advise you.

It is recommended that if a child has swollen and tender gums, you gently massage them with your finger and give the child a cool, teething ring or a clean, wet, cool washcloth to chew on. Frozen fruits are great for you little one to chew on, especially water melon.

Teething, the things you need to know

Leanne Trevor is the founder and CEO of Mother In Touch Baby Sleep Consultancy, a Certified Paediatric Sleep Consultant, a Midwife and Registered Nurse, with over 25 years experience in the medical field. She has developed an approach that combines scientific research with a compassionate understanding of children’s needs. She works with families in Australia and worldwide and offers a range of online and in-home services to parents for children from newborns to 6 years of age, guiding then through the helpful steps to ensure they develop healthy sleep habits. As a mother of 2 children she understands the desire to want what’s best for your children, and how hard it can be to achieve this when sleep deprived and exhausted. She also understands the effects of a non-sleeping baby and how this issue can lead to wider implications for the entire family. She feels the utmost privilege to work with families and make a positive difference in their lives. Turning a very challenging time in the most rewarding experience. She co-hosts mums supported, a free Facebook group, which is focused on raising great sleepers and confident eaters. To find out more about her programs and blog check out her website. www.motherintouch.com.au Website: https://www.motherintouch.com.au 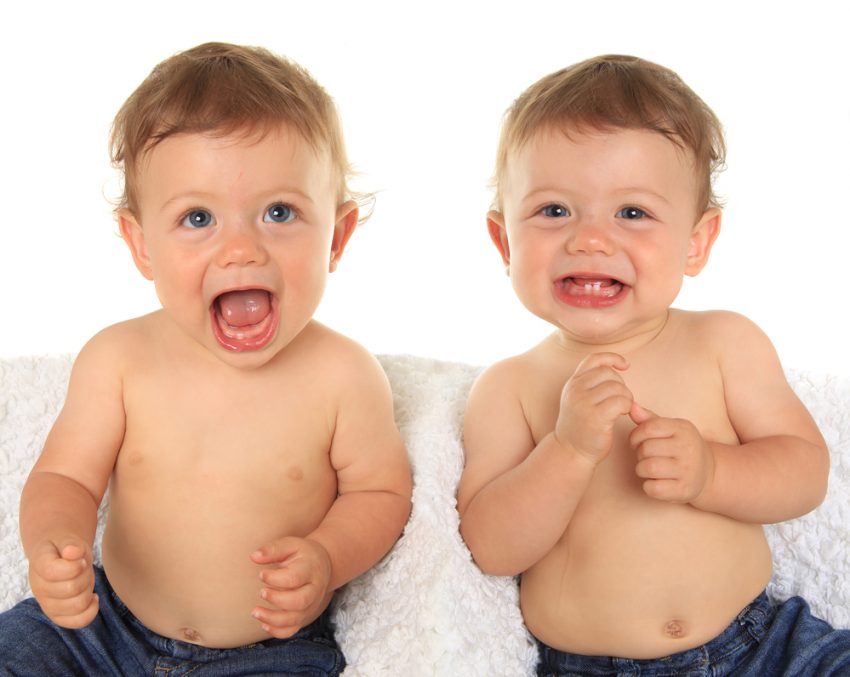 Teething, the things you need to know

Teething, it’s like nature’s way of saying “you look like you need a challenge.” Common signs and symptoms of teething Excessive drooling Red cheeks Irritable Resisting food and wanting extra milk Pulling on ears Chewing on hands and anything else… END_OF_DOCUMENT_TOKEN_TO_BE_REPLACED 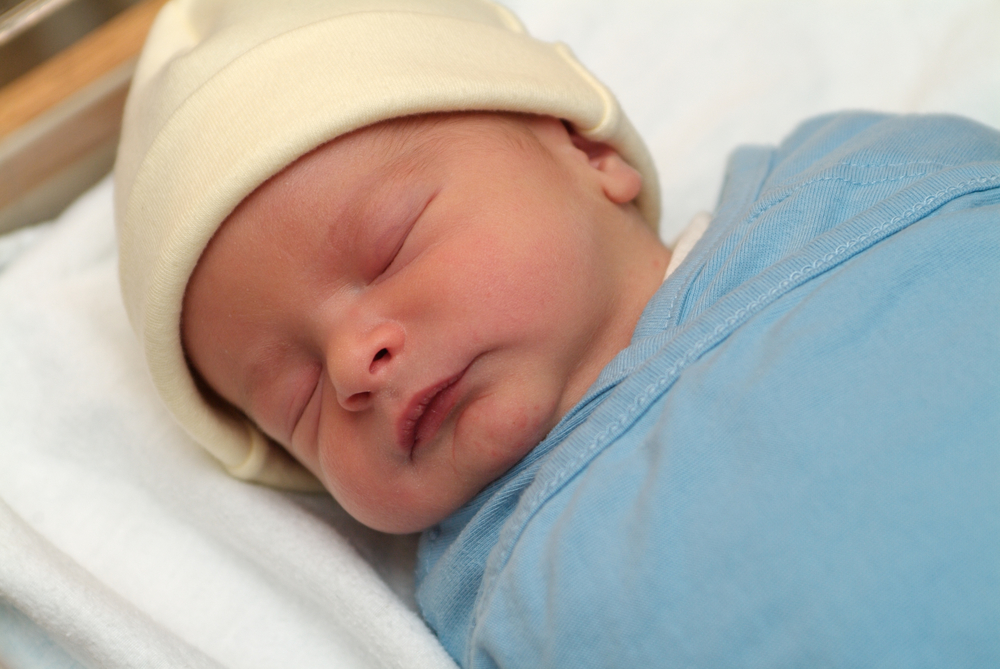 Swaddling and your Babes Hips 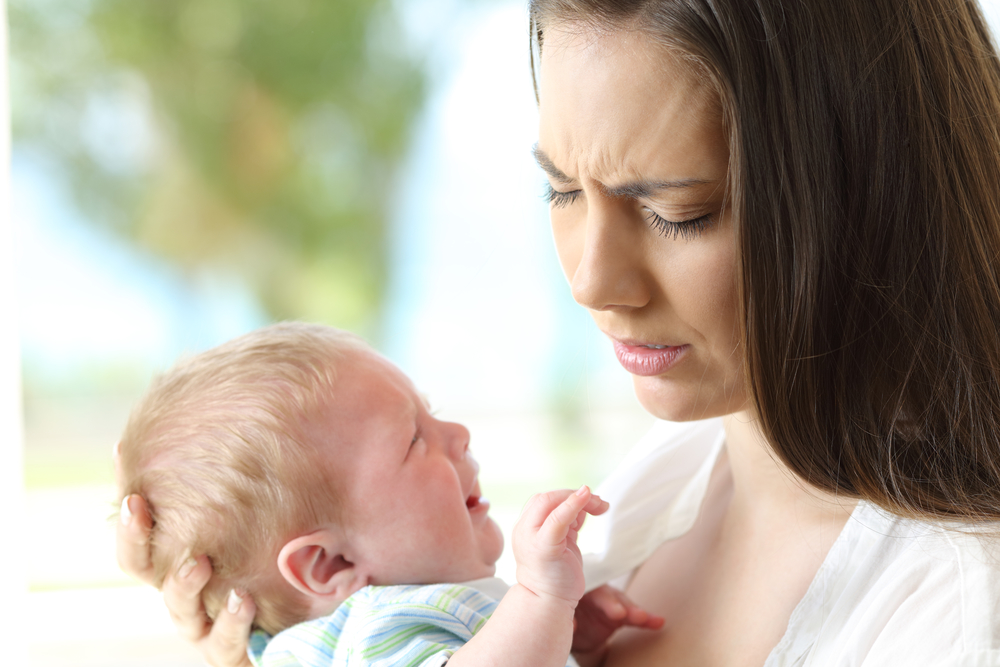 Becoming a mum is supposed to be such a magical time in a woman’s life, and it is but it can also be a challenging and lonely time too. That’s not something that we are told though, no one really… END_OF_DOCUMENT_TOKEN_TO_BE_REPLACED 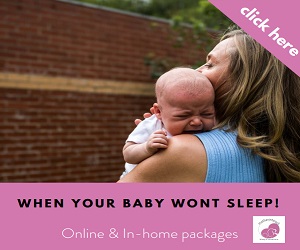 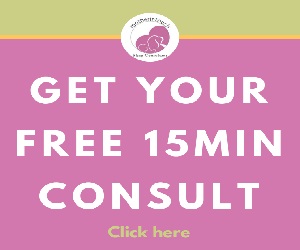 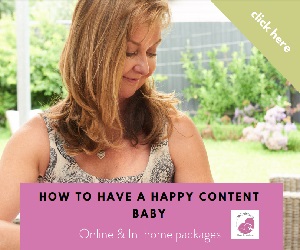