Why I Quit Teaching 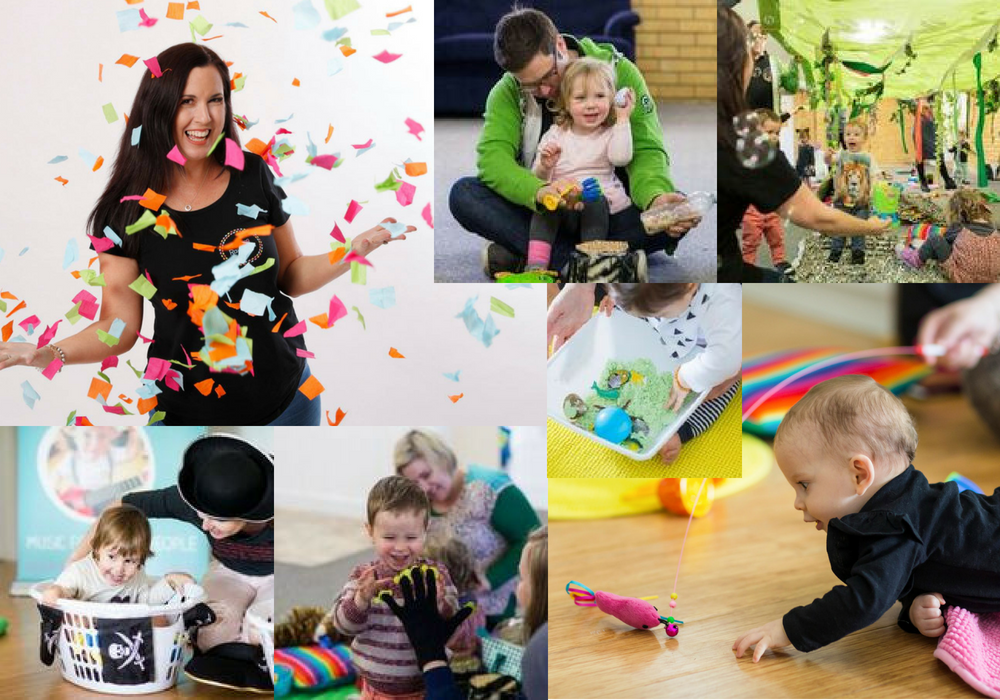 Bernadette Clegg is a mum of three children, a former special-needs school teacher and the founder of Making Rainbows – an educational music, movement and sensory play program for pre-school aged children.

Beginning with just one class in the leafy north Brisbane suburb, Bernadette has grown Making Rainbows to 37 weekly classes in 17 locations around Brisbane, with plans to expand further.

We asked Bernadette why she quit teaching, what Making Rainbows is all about, and the lessons she has learned in her three and a half whirlwind years of business.

Are people born with an entrepreneurial spirit, or is it something that can be learned? In Bernadette’s case, it seems to be an undeniable part of her genetic make-up.

“When I was little I can vividly remember painting leaves and selling them around the neighbourhood,” she laughed.

“I’m not driven by money, but I’ve always loved the idea of creating something that someone else valued and wanted to pay money for… Even when I was teaching I would make caramel fudge and sell it at the markets.”

Although she knew she always wanted to run her own business, Bernadette first chose special needs teaching as a career because she liked making connections with people and helping them. Her much-loved sister, Julie, who has Down Syndrome, was also a big part of Bernadette’s inspiration to pursue teaching.

But after many years in the schooling system, Bernadette didn’t feel completely fulfilled, and she felt frustrated with the limited involvement she could have in families’ lives.

“There were a lot of added stresses in that profession that took away from my love of teaching,” Bernadette said.

“I loved working with the kids, but there’s so much more involved in being a teacher that made it hard – school politics, paperwork, reporting… I wasn’t loving it like I should be.”

“I’ve always had this business drive but not known what to do with it until I started Making Rainbows. I feel like this venture satisfies all those parts of me. I can teach, grow a business, it’s something that I believe in and I get to really connect with people,” she said.

Cuddling babies is also a perk of the job, Bernadette says, along with seeing them grow, and develop their physical, cognitive and social skills through the Making Rainbows research-based curriculum.

“Every item in our lesson is related to music, movement or sensory play and we teach the children basic musical concepts like a steady beat, dynamics (loud and soft) and tempo (fast and slow),” Bernadette said.

“It might look like it’s just for fun, but everything has a purpose. For example, we might encourage the babies and toddlers to shake their shakers slow and fast to demonstrate changes in tempo, or tap their body part with a shaker to promote awareness of self, or even just to work on fine motor skills.”

Every lesson is different – sometimes there are bouncy animals, sometimes there are ribbons to wave or glitter wands to play with. However, there’s also some consistency and repetition of songs and activities from week to week, because Bernadette acknowledges that babies and toddlers enjoy some predictability.

But what truly sets Making Rainbows classes apart from the myriad of other baby classes in the market, is the sense of community that families experience there and the opportunity to form friendships with other mums, which makes it so much more than “just another class”.

“I want to support mums and I want them to feel valued,” Bernadette said. “It can be a lonely time of life when you’ve had your first or second child, and perhaps you don’t know any other mums, or you’re not already in a mother’s group, or you don’t have a family to support you… that’s why I wanted to build a community of mums.”

“Families enrol for a whole term so you’re not getting people in and out… you’re going to be with these mums for at least 10 weeks, more often than not, people will stay for a year. So they really get time to develop relationships with each other and watch the children grow together.”

Making Rainbows classes always end with the teacher handing out complimentary biscuits, before picking up coffee orders from a nearby café, which encourages families to hang around and chat.

“I joke and say when I hand out the biscuits and say ‘these are low fat, low sugar, really good for breastfeeding and they make you a better mum,’” Bernadette laughed.

“I’ve seen a lot of friendships being formed before, during and after our classes. We even have a group that started with tiny babies and they have stuck together in the same class for years. Now their children are turning three and they go to each other’s birthday parties and catch up outside of classes.”

“That’s when I feel the happiest – I see the Making Rainbows community around me and I feel like, yes, this is working, and I’ve helped to make that happen.”

1. Don’t underestimate the power of word of mouth referrals, especially through social media channels. The Making Rainbows teachers take photos of every class (with permission of course!) and post these daily on the Making Rainbows social media channels. Parents love to see these photos, and often comment that it’s so good to have a photo of them with their child for a keepsake. Parents will often tag their friends in these photos and refer the class this way.

2. Interview staff more than once, and encourage them to spend a trial day with you to see if they will be a good fit. Bernadette says it’s important to first know what you’re looking for in a potential employee. In the case of Making Rainbows, she is looking for someone who is outgoing and can give out a lot of energy. She’s also looking for someone who is flexible, a good communicator, and who can work in isolation. Once she has determined someone to be a good fit, she explains the job to them thoroughly and encourages them to attend a class to see if they could imagine themselves working there. She also observes them in the class to see how well they interact with the families, and decide if they’re going to be suitable.

3. Find the balance between growing organically and having a concrete plan for the future. Making Rainbows is currently in the process of franchising, with the first franchised class to be opening in Toowoomba this year. But while Bernadette says it’s important to plan ahead, business owners also need to be flexible, and wait for the right timing. She says growing gradually and organically reduces the risk of the business failing. In the case of Making Rainbows, she doesn’t consider opening a new class until she has enough enrolments to make it viable.

4. Find a way your business can add value to your clients beyond the product or service you are offering. Bernadette ensures the influence of Making Rainbows extends far beyond the 40 minute class. She does this by encouraging parents to join the Making Rainbows Facebook group (in addition to the official Facebook page) and uses this as a space where families can share ideas and funny parenting moments. Bernadette also sells the mats and shakers so that parents can replicate elements of the class at home with their children. Bernadette is also about to launch a blog (embedded in the Making Rainbows website) which will feature simple ideas for parents, such as making a glitter shaker at home using a plastic bottle, water, glycerine and glitter.

5. Retain your sense of humour, and use it to get you through the hard times. Being in business is not always easy. Being a parent is not always easy. Being a parent who runs a business is really hard! But Bernadette credits her sense of humour with making the hard days more bearable, and said it is also a useful tool for relating to staff and clients. “There’s ups and downs but it’s good if you can have a laugh about it, and don’t let it ruin your whole day. It also helps with working with a lot of different types of people; having a laugh can relax them and help to build relationships.”

Find out more about Making Rainbows on the website: www.makingrainbows.com.au

If you drop in on Cath at home, you’re likely to find her household in a state of happy chaos. She loves reading, being outdoors and travelling with her husband and three children. When she’s not spending time with family, Cath is indulging her love of writing… She knew that journalism degree would come in handy one day! Find out more about Cath on her website, www.cathjohnsen.com.au

Does the teaching suit your child? 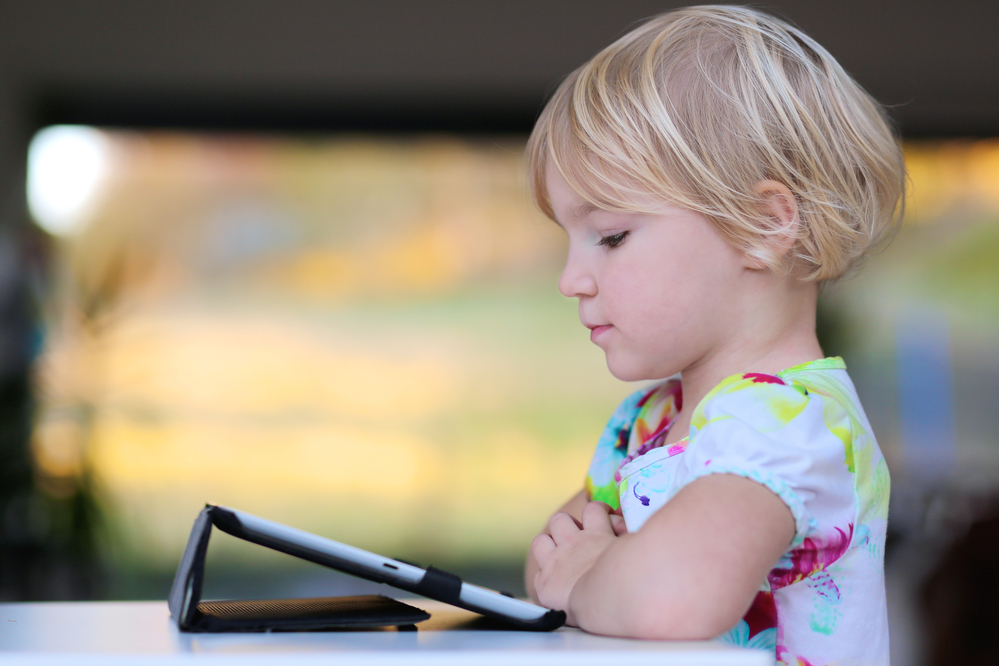 How classroom learning has changed because of COVID and how teachers will be evolving lessons moving forward.

The unprecedented times of COVID-19 have brought about many restrictions and strict rules for living and interacting with others. It has impacted everyone in many ways and changed the traditional methods of classroom learning. Nobody saw COVID coming and no… END_OF_DOCUMENT_TOKEN_TO_BE_REPLACED 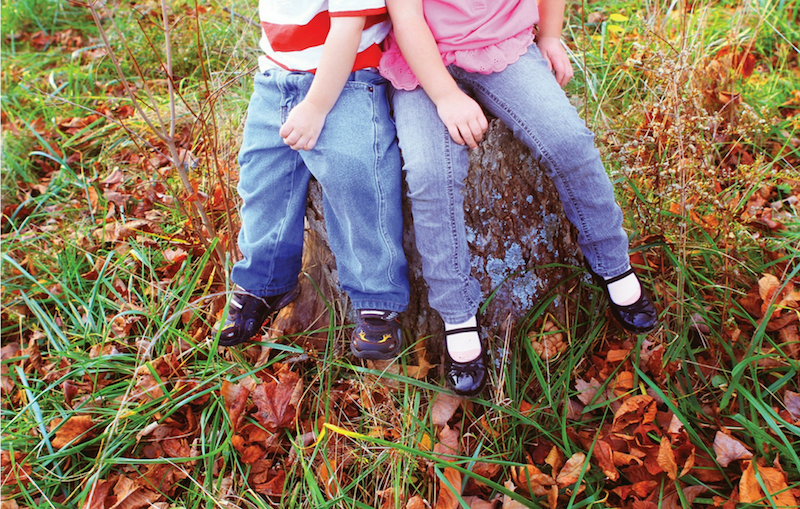 Connect with your kids with this nature bonding activity

Nature is full of wonder and intrigue – especially for young minds and adventurers. It is full of lessons, life cycles at every conceivable stage, vibrant colours, rich and complex scents.  Things that are essential for a growing and curious… END_OF_DOCUMENT_TOKEN_TO_BE_REPLACED 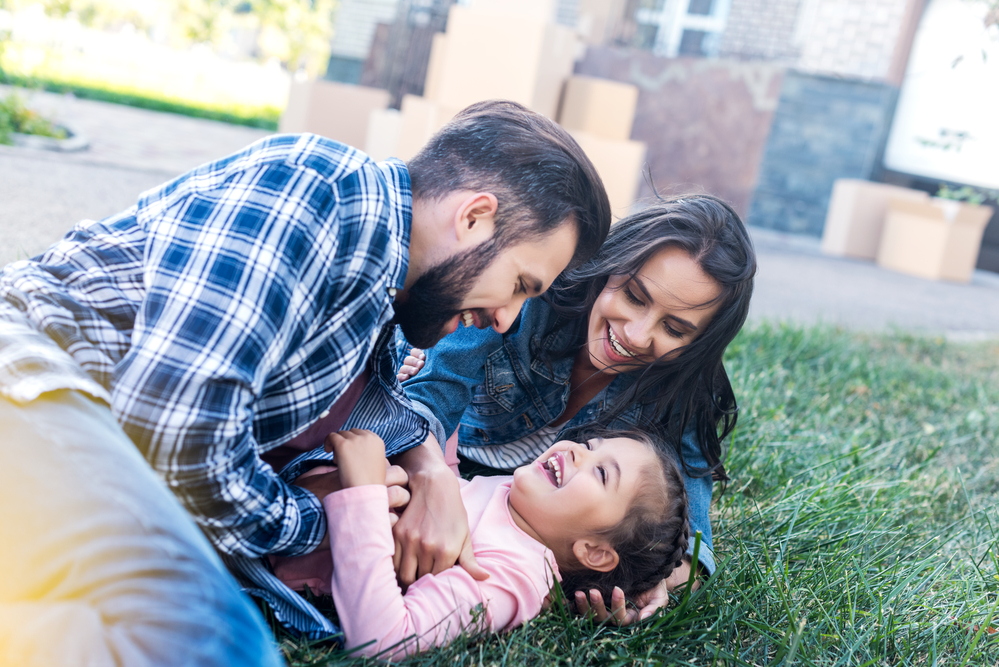 What parents need to know.

by Jay Anderson Parenting can be tricky! Non-one gets taught much about it at all. Most people learn by experience, by observation and by trial and error.  In fact, most people will parent how they were parented, unless they have… END_OF_DOCUMENT_TOKEN_TO_BE_REPLACED