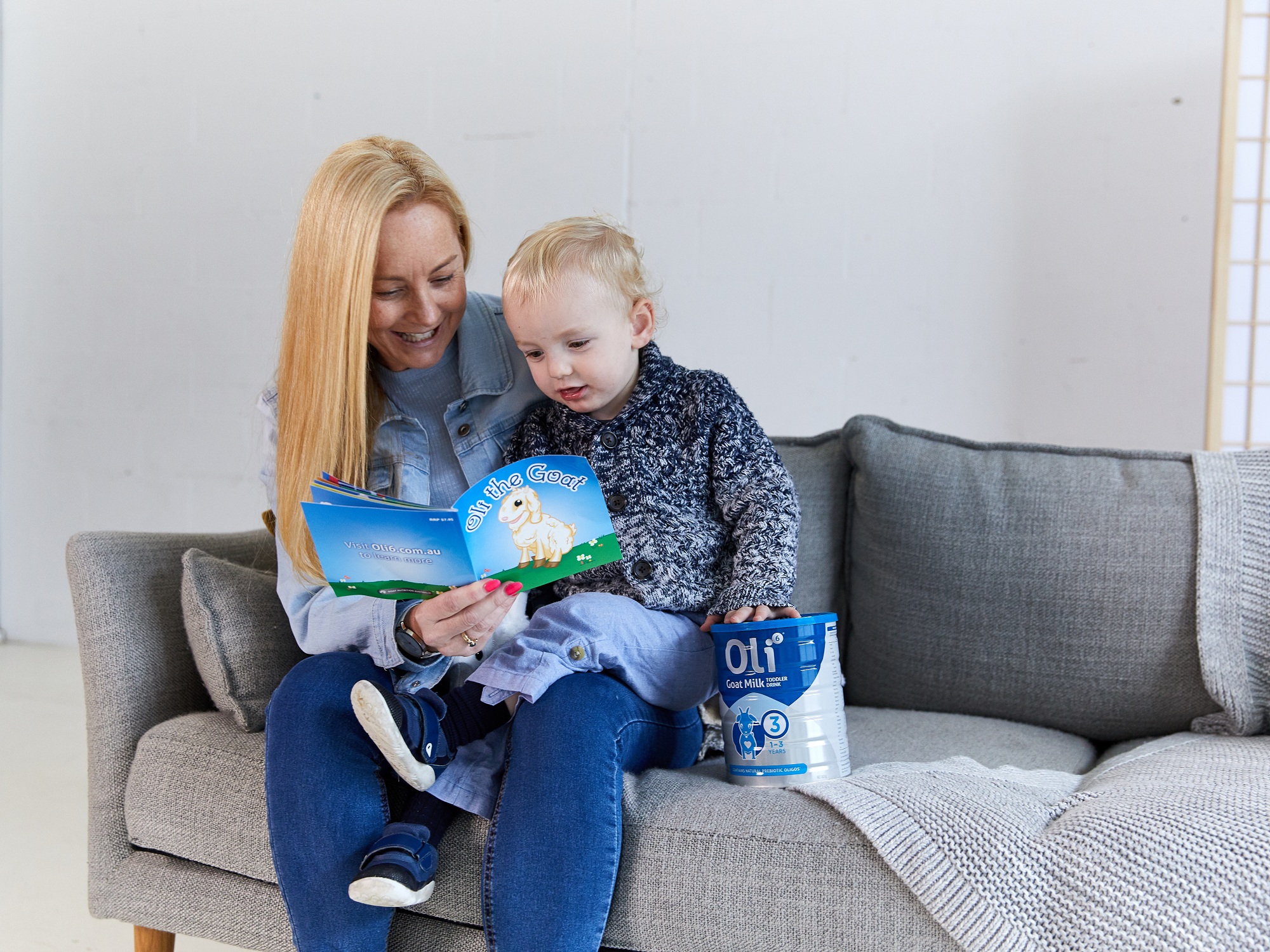 Media kindly brought to you by Oli6

Did you know that 86% of all children under the age of two suffer from digestive issues? The symptoms of digestive distress in babies and toddlers can take the form of regurgitation, bad breath, eczema, diarrhoea and constipation. Throw in crying and trouble getting to sleep, and it causes parents their own fair share of distress as they attempt to soothe their baby.

If your child is showing symptoms of digestive distress, they may be experiencing sensitivity to traditional formula. Whether you’ve started on formula or made the switch to formula feeding, finding a nutritionally complete option that is agreeable to your child, is easier said than done. Cow’s milk formula is the industry standard and the go-to for many mums, however there is an alternative that has been growing in popularity – formula made from the goodness of goat’s milk.

Oli6® is Australia’s leading provider of goat milk products, made locally in Victoria. They’ve discovered that many mums are trialling numerous formulas in the hopes of pleasing their little ones, unaware that a natural goat’s milk formula may be the best solution. In this article, they share the benefits of goat’s milk formula and see how it stacks up to standard cow’s milk formulations. 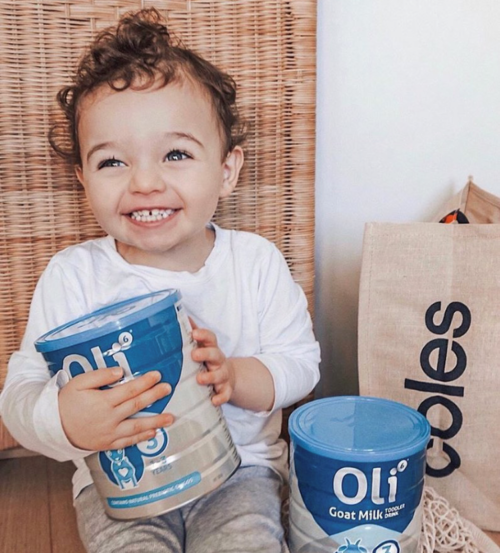 A closer alternative to breast milk

We know that breast milk is best to nourish your baby, but it’s not always possible for all mothers to provide. Complicating matters further, is the fact that mums often report difficulty accessing credible, helpful information about the role of baby and toddler formulas and ways to improve their baby’s digestive health.

The use of goat’s milk-based formula has emerged in response to the growing body of knowledge about the gut health of babies, and with the aim of developing a formula that more closely resembles the nutritional quality of human breast milk. RMIT University recently pioneered research into the suitability of goat’s milk-based formula for infants, lending scientific backing for its use: “while cow milk formula is the most widely used alternative to breastfeeding, goat milk is considered to be closer to human milk in some respects”.

Oli6® goat’s milk infant formula was the subject of testing in this RMIT study, which was the first of it’s kind to identify that diverse ‘oligosaccharides’ in goat’s milk formula are similar to those found in breast milk. Oligosaccharides or ‘oligos’ for short, are responsible for maintaining a healthy gut, which brings us to the prebiotic power of goat’s milk.

Oligosaccharides are a form of ‘prebiotic’, which is essentially a type of fiber that feeds the friendly bacteria in your baby’s tummy while protecting against harmful bacteria. The first 2 years of your baby’s life are critical in establishing this gut ‘microflora’, which can greatly influence their long-term immunity as they grow up. Furthermore, oligosaccharides also encourage water absorption, meaning softer, easier to pass stool and welcome relief for your baby.

There is an abundant supply of oligosaccharides in human milk, but it can be unclear what amounts are present in various infant formulas. As confirmed in the above mentioned RMIT research, goat’s milk contains 14 naturally occurring prebiotics; 6 of which are the same as those found in breast milk. In comparing goat milk’s unique composition to regular formula, it actually contains 6 times as many oligosaccharides than standard cow’s milk!

Nuchev, the Australian health and nutrition company behind Oli6®, also commissioned research in 2016 which corroborated RMIT’s study. Through testing of Oli6® formula against bovine samples, they detected all 6 of the human oligosaccharides in Oli6® and confirmed that “goat milk oligosaccharides share the most structural similarities with human milk oligosaccharides”.

The value of oligosaccharides in supporting healthy digestive function points to the potential for goat’s milk to become the preferred choice for infant formula. This idea is supported by the RMIT & Nuchev studies, with the conclusion that the prebiotic oligosaccharides in goat’s milk were highly effective in promoting beneficial bacteria. RMIT also credits goat’s milk with inhibiting bad bacteria such as E.coli and salmonella in infants, while demonstrating anti-infection properties to ward off gastrointestinal infections. 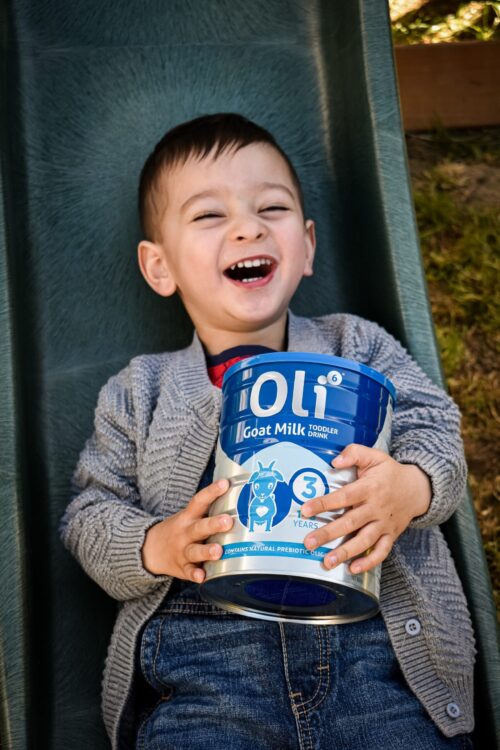 An infant’s digestive system is still maturing, and finding solutions to digestive issues linked to standard formula feeding, is adding another layer of parenting stress. In fact, almost half of mums with children between 12-24 months of age have changed milk drinks in an attempt to fix their child’s digestive problems. Goat milk formula may be the answer to restoring an equilibrium to your baby’s digestion, as they grow accustomed to their dietary intake.

Firstly, goat’s milk contains less lactose than cow’s milk, which is good news for babies. Lactose is a naturally occurring carbohydrate in dairy, and young babies often don’t yet produce enough enzymes to digest it. A milk containing lower levels of lactose makes it gentler on the stomach as infants develop their digestive system.

Furthermore, proteins in goat milk differ from cow’s milk. Goat’s milk does not contain the A1 protein, which is responsible for causing the BCM7 peptide. It is this peptide – found in cow’s milk – that is thought to be the culprit for many dairy sensitivities, so it’s absence will make a formula much easier to process within the gastrointestinal tract. Though, keep in mind that switching to goat’s milk formula may not automatically solve your infant’s allergy problems.

Yet another reason why people with dairy sensitivities may be able to handle goat’s milk as an alternative, is its unique composition when it comes to the size of fat molecules. The fat molecules in goat’s milk are far smaller than the fat molecules in cow’s milk, so your baby won’t have to work as hard to digest them. The Nuchev research study validates this phenomenon, confirming that when proteins from goat’s milk combine in the stomach, they form “a much softer curd than cow’s milk, allowing the body to digest the protein more smoothly and completely”.

It’s rich in vitamins and minerals

Milk and milk products have a good balance of proteins, essential fats and carbohydrates, plus vitamins and minerals that together prove vital for brain development, enzyme function and bone and tissue formation during infancy. Baby formulas are designed to maximise the number of nutrients found naturally in breast milk, but not all are created equal. Goat’s milk as a basis for formula preparation has some distinct advantages.

Nuchev’s research study also acknowledged goat milk’s superior source of potassium. This high level of potassium causes goat’s milk to react in an alkaline way within the body (aka – a neutral pH level), whereas cow’s milk has a decreased amount of potassium, meaning it reacts in a more acidic way. It’s no wonder that children (and adults) have reported feeling more digestive comfort after drinking goat’s milk! 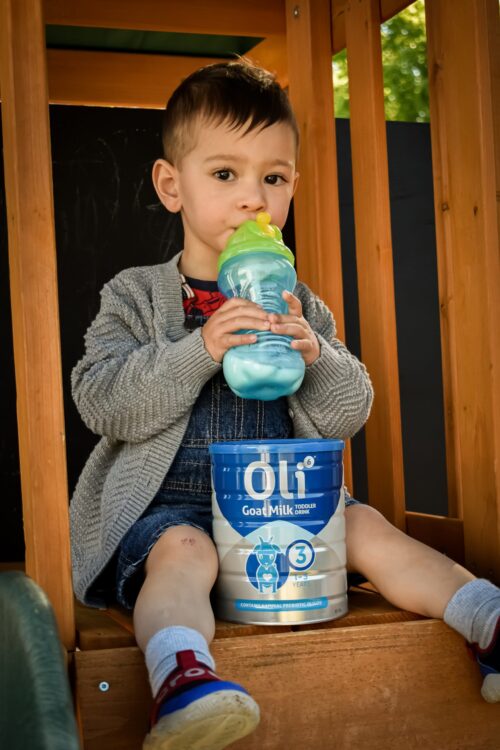 ‘What does goat’s milk taste like?’ and ‘will my child accept goat’s milk like they do cow’s milk?’ are common, understandable questions. After all, what good is the nutritional content if your little one refuses to drink it? Rest assured that infants find the taste of goat’s milk pleasing, which can be credited to those smaller fat and protein molecules that make it a closer match to human breast milk. It’s beneficial for their tummy and their taste buds!

Oli6® goat’s milk formula and milk drinks were developed in response to feedback from Australian mums seeking products that are as natural as possible, to assist their child’s growth and development. Oli6® relies on the goodness of goat’s milk with no additives included that aren’t required by law, conforms to Australia’s food regulations and requirements, and is made locally in Victoria, Australia.

The team behind Oli6® is offering Kiddipedia readers a chance to test the benefits of their goat milk drink for toddlers aged 1-3, for themselves – register for your free sample here, and visit the Oli-6 website to learn more and shop the formula range.

Milk Allergy – the common beginning to the allergy story 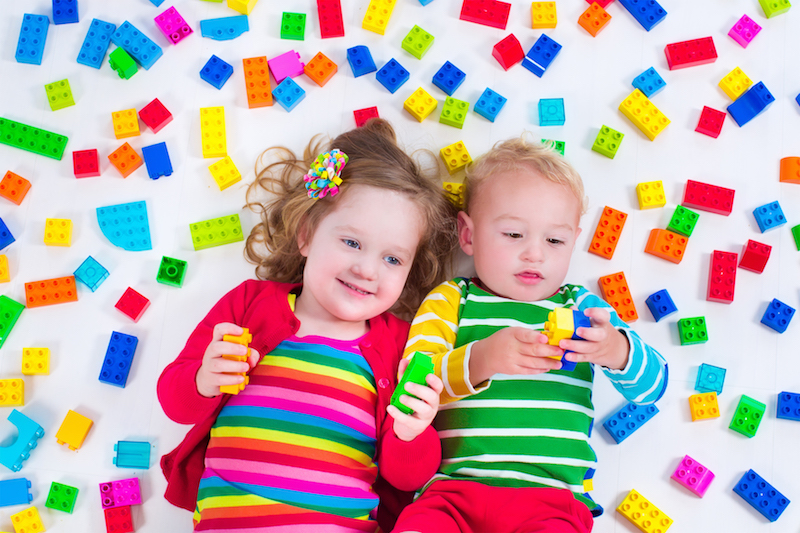 It is inevitable that parenting your firstborn will be vastly different to any and all subsequent children. With your first child you are completely and utterly thrown in the deep end. Sure you read all the books, attended parenting classes,… END_OF_DOCUMENT_TOKEN_TO_BE_REPLACED 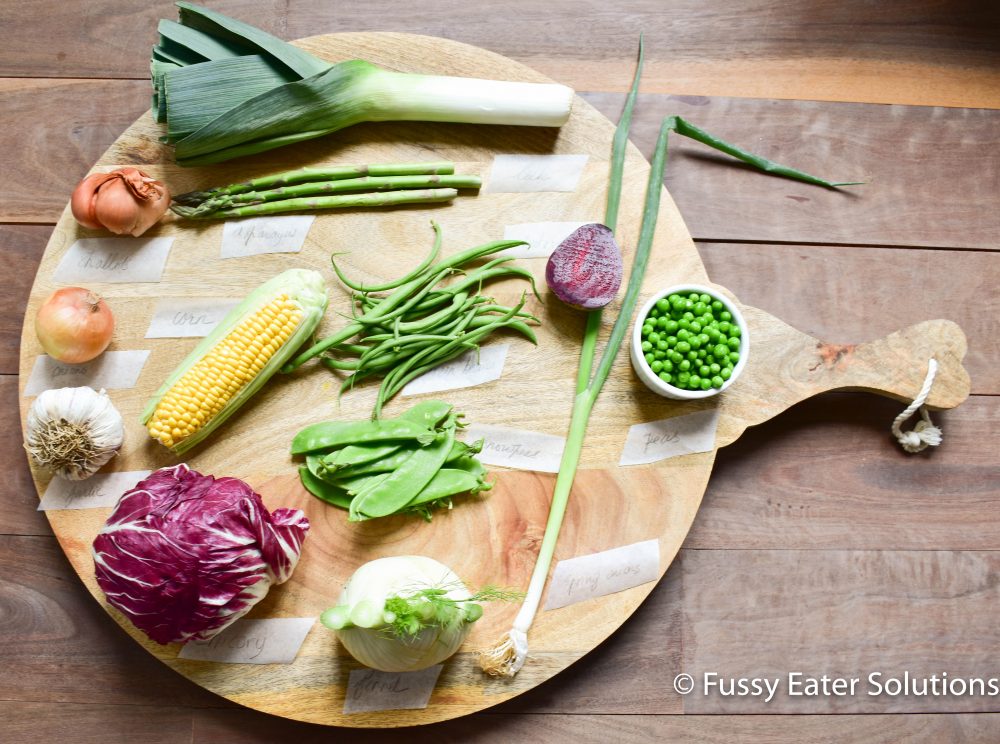 The kids have been back at school for a couple of months and you probably have had it already with colds and gastros, and all the winter bugs are looming. What if you could kick-start your child’s immune system, I… END_OF_DOCUMENT_TOKEN_TO_BE_REPLACED 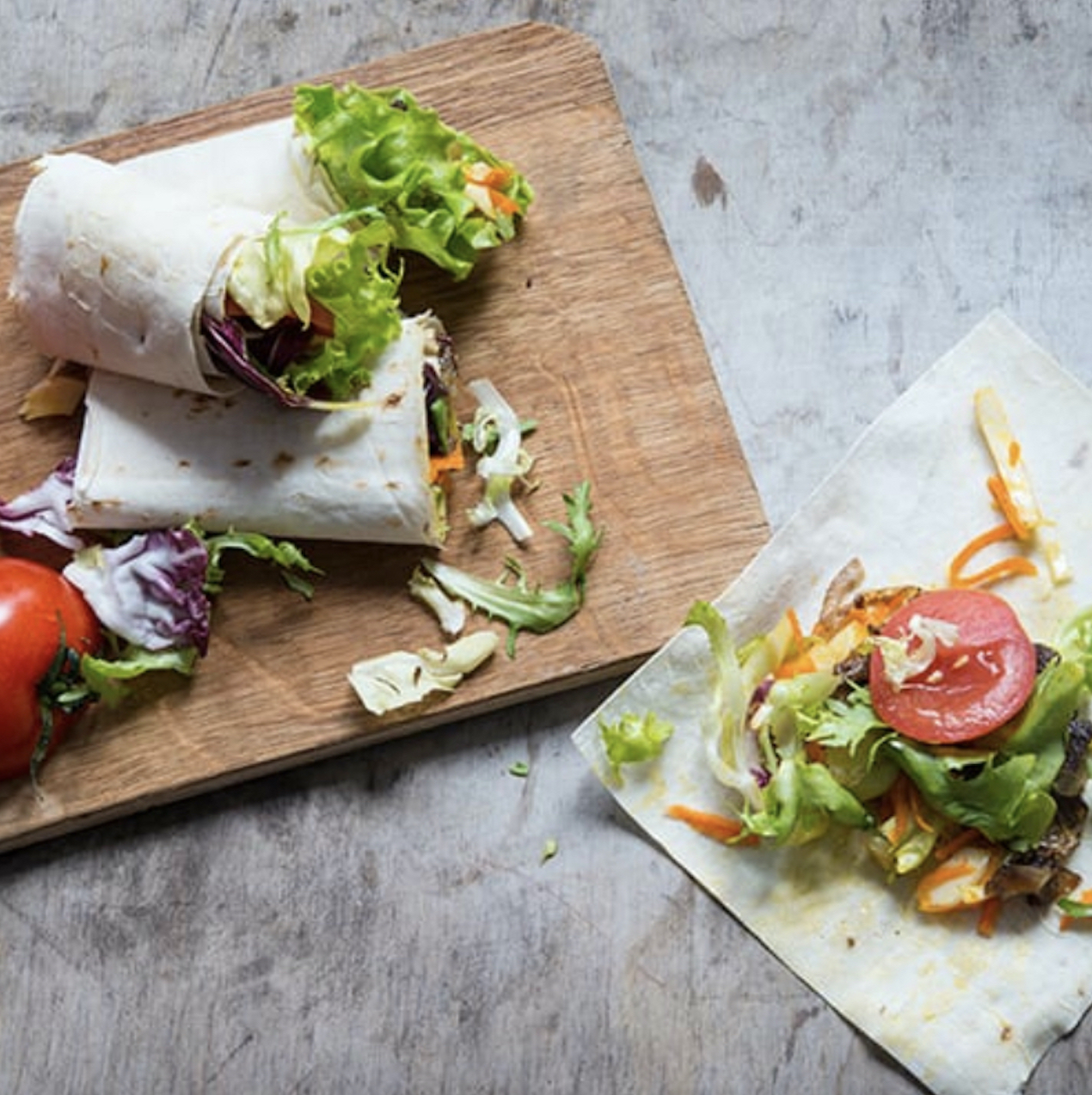 Studies show that nutritional status can directly affect how well children do at school. Things like iron deficiency impact cognition and being low in other vitamins and minerals such as thiamine, vitamin E, vitamin B, iodine, and zinc, are shown… END_OF_DOCUMENT_TOKEN_TO_BE_REPLACED