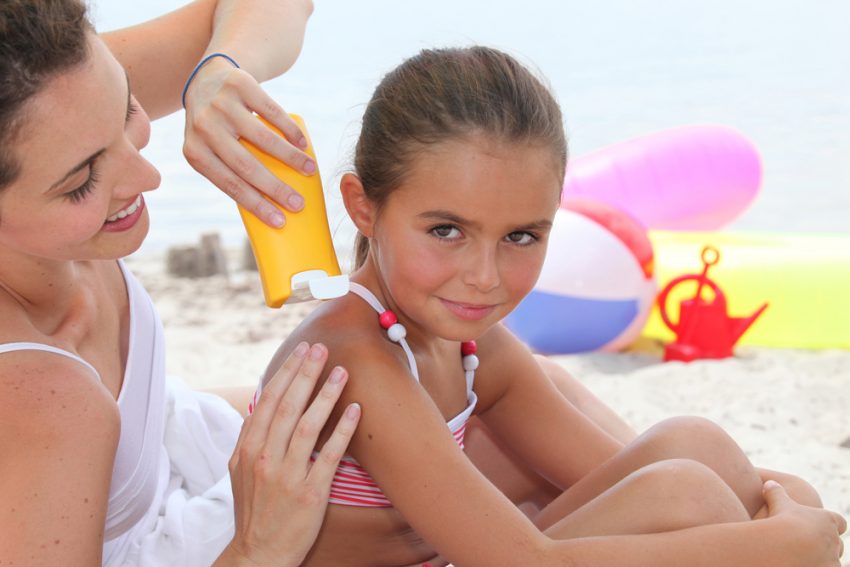 In order for nanoparticles in sunscreens to be considered dangerous, they have to first penetrate the skin, then go somewhere they can do significant damage. For now, there is no solid proof this can happen in humans.

To get through the skin, the particles have to be small enough. Zinc oxide and titanium dioxide are often manufactured in nano-sized particles, but they tend to clump together. These “clumps” are known as “aggregates”, which can in turn clump together to form “agglomerates”. While agglomerates break up fairly easily, aggregates require enormous amounts of energy to break up, and wouldn’t do so in the normal use of sunscreens. Sunscreen maker Hamilton Laboratories commissioned testing of their own sunscreens, which contained primary particles in the nano range, but in the finished products found no nanoparticles, suggesting the primary particles had formed larger aggregates. Our testing found few nano-size particles present in sunscreens, suggesting either the primary particles were mostly aggregating or that the primary particle size used was larger than the nano-range.

Manufacturers argue that aggregates over 100nm don’t qualify as nanoparticles because they’re too big; however, critics argue the particles still have nano-properties – one of which is high reactivity due to a large surface area – which could be an issue if they penetrate the skin.

Some manufacturers prefer to keep the particles from aggregating because it improves the transparency of the product. Nanoparticles can be coated so they don’t aggregate. However, these coated nanoparticles are less reactive than uncoated particles, so even if they do penetrate the skin, they may not do much damage.

Can nanoparticles really penetrate the skin?

The key to the safety debate is whether the nanoparticles can penetrate the outer “dead” layer of skin into underlying live tissue where they can penetrate living cells and cause damage. Under laboratory conditions with pieces of skin tissue, scientists have been able to get nanoparticles to pass through the tissue. However, research to date has not found this to be true in ‘live’ healthy, intact skin, although there’s some suggestion they may penetrate mechanically stressed skin (when exercising, for example) or broken skin (caused by acne, psoriasis or wounds). An Australian study found that when zinc nano-compounds were applied to the skin, tiny amounts of zinc had penetrated. But it was unclear whether it was actually the nanoparticles themselves, or zinc ions from the nanoparticles which had dissolved and diffused through the skin. Ions are not the same as nanoparticles – and zinc itself is an essential nutrient. If they penetrate, the nanoparticles have to be sufficient in quantity to have a measurable or noticeable impact.

How much gets through?

In studies where researchers successfully get metal oxide ions to penetrate the skin, the amount getting through appears to be tiny.

Do metal pigment nanoparticles cause DNA damage in living cells?

If the nanoparticle makes its way to living tissue, it has to enter the cell and access cellular components such as mitochondria and DNA. Studies using cultured human or mammalian cells, bacteria or naked DNA to test the effect of nanoparticles of all kinds have found damage to DNA. However, in almost all cases the nanoparticles tested were not directly comparable with nano metal oxides: they were different forms of particle or different substances (and the substances tested were often more hazardous than zinc or titanium). As such, results cannot be generalized between different forms of nanoparticles and different substances.

Living cells have all sorts of protective mechanisms against oxidative damage that aren’t necessarily present in the laboratory cells, and certainly not present in naked bacterial DNA. Some scientists have been confident that these protective mechanisms will kick into action against nano-sunscreens. However, a recent study of mice who’d been given titanium dioxide nanoparticles in their drinking water found significant DNA and chromosomal damage occurred. So, no protective effect evident.

What the regulators say

At present, the Therapeutic Goods Administration (TGA), which has jurisdiction over sunscreens, does not distinguish between nano- and non-nano variants of a particular ingredient. However, it hasn’t been completely oblivious to their emergence in the market and conducted two large research reviews in 2006 and 2009.

It concludes “there is evidence from isolated cell experiments that zinc oxide and titanium dioxide can induce free radical formation in the presence of light and this may damage these cells. However, this would only be of concern to people using sunscreens if the zinc oxide and titanium dioxide penetrated into viable skin cells. The weight of current evidence is that they remain on the surface of the skin and in the outer dead layer of the skin.”

Regulators in most other countries also tend to focus on “new chemicals” and existing chemicals produced at the nanoscale are not considered to be “new” for regulatory purposes, despite their differing properties. In Europe, however, cosmetics will soon be required to indicate the presence of nanoparticles in their ingredients labeling. The TGA, in cooperation with international agencies, is continuing to monitor scientific research.

The weight of evidence shows that not using sunscreen is more dangerous than using sunscreen, given there is no firm evidence that nanoparticles found in sunscreens can penetrate the skin and make their way to living cells. But a lack of evidence doesn’t mean it can’t happen; more research is needed, preferably using real people and relevant products. This is reason enough to invoke the precautionary principle, and nanoparticles should be proven to be safe before they hit the market. Some companies have found ways to make larger, non-nanoparticle forms of zinc oxide transparent, and there are also ways of treating nanoparticles so they’re less reactive. We would prefer to see these technologies be used. We want nanoparticles to be labeled on products so consumers can choose to avoid them if they’re concerned.

What about the Little Innoscents Sunscreen?

This unique formulation provides a broad spectrum from the sun while also being water resistant to provide protection while swimming and playing various sports. Free of chemical absorber, this lotion contains Aloe Vera, vitamin E & Calendula as a safe and natural alternative to many other products in the market. Suitable for sensitive skin and children provides moisturization and soothes delicate skin.

Directions: Apply generously onto clean, dry skin 20 minutes prior to sun exposureRe-apply every 2 hours and after swimming, exercise, excessive perspiration, and towel dryingAvoid prolonged sun exposure. Wear protective clothing, a hat, sunglasses and use sufficient sunscreen for all unprotected areas

About the Author: Antonette Golikidis has studied Natural Health Science at the Australian College of Natural Medicine and is qualified in RemedialA Massage Therapy and Aromatherapy. Currently, she lectures in Remedial Massage at a tertiary level. The greatest effort has gone into ensuring the information on this page is valid, however, if you are concerned about the health of your child; please visit your healthcare professional.

*While the greatest effort has been invested to ensure the validity of this information, the advice therein is set as a ‘general’ guide only, and your individual needs may require a different method to the one shown. Little Innoscents would like to encourage you to see your regular healthcare professional, should you be concerned for you or your baby’s wellbeing. 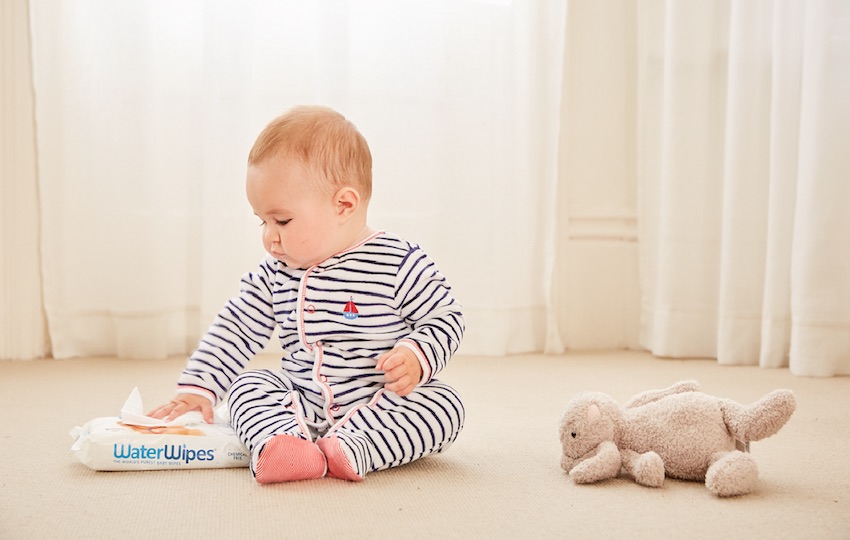 What is nappy rash and how can you prevent it?

If your baby could talk, he or she would definitely tell you that nappy rash is no fun. Nappy rash occurs around the backside – anywhere that’s usually covered in nappy. It’s particularly common around the edges of plastic-edged nappies,… END_OF_DOCUMENT_TOKEN_TO_BE_REPLACED 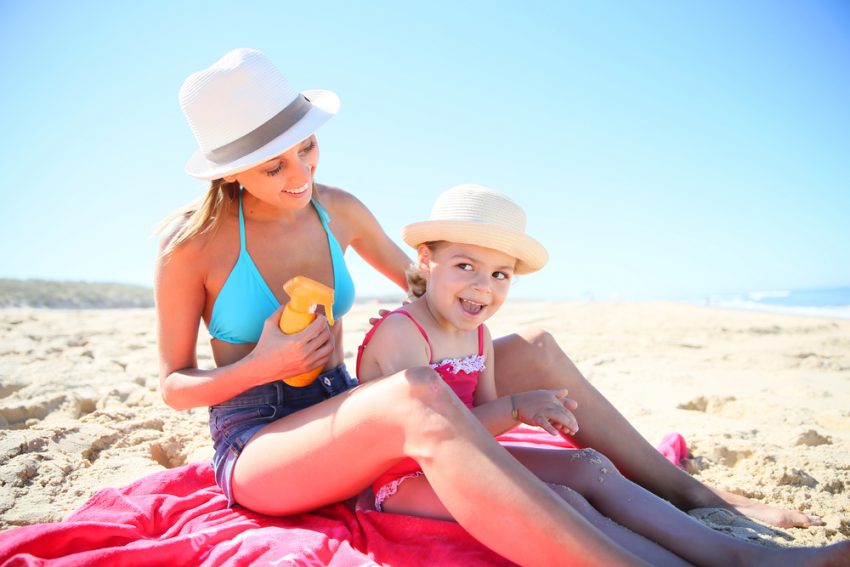 A day at the beach with Eczema.

For most people “let’s go to the beach” means everyone put their cozies on, grab some towels and let’s go! But not for us. Allergies and anaphylaxis aside there is thought and strategic planning that goes into a “spontaneous” afternoon… END_OF_DOCUMENT_TOKEN_TO_BE_REPLACED 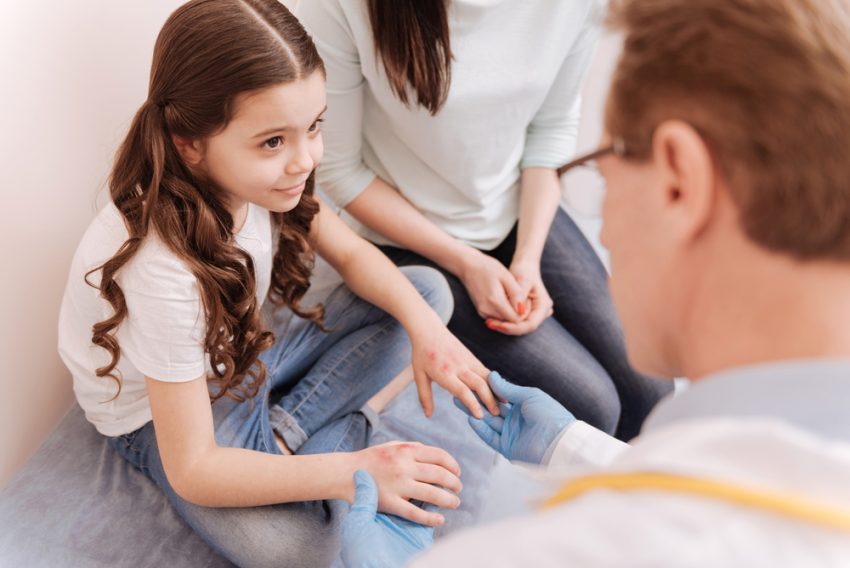 I’d never heard of molluscum contagiosum before. That was until my eczema & allergy girl came home from school with these strange pearls like spots. She was not sick with the arrival of this nasty virus. No temperatures, tummy or… END_OF_DOCUMENT_TOKEN_TO_BE_REPLACED