Baked Conchiglioni with Spinach and Ricotta 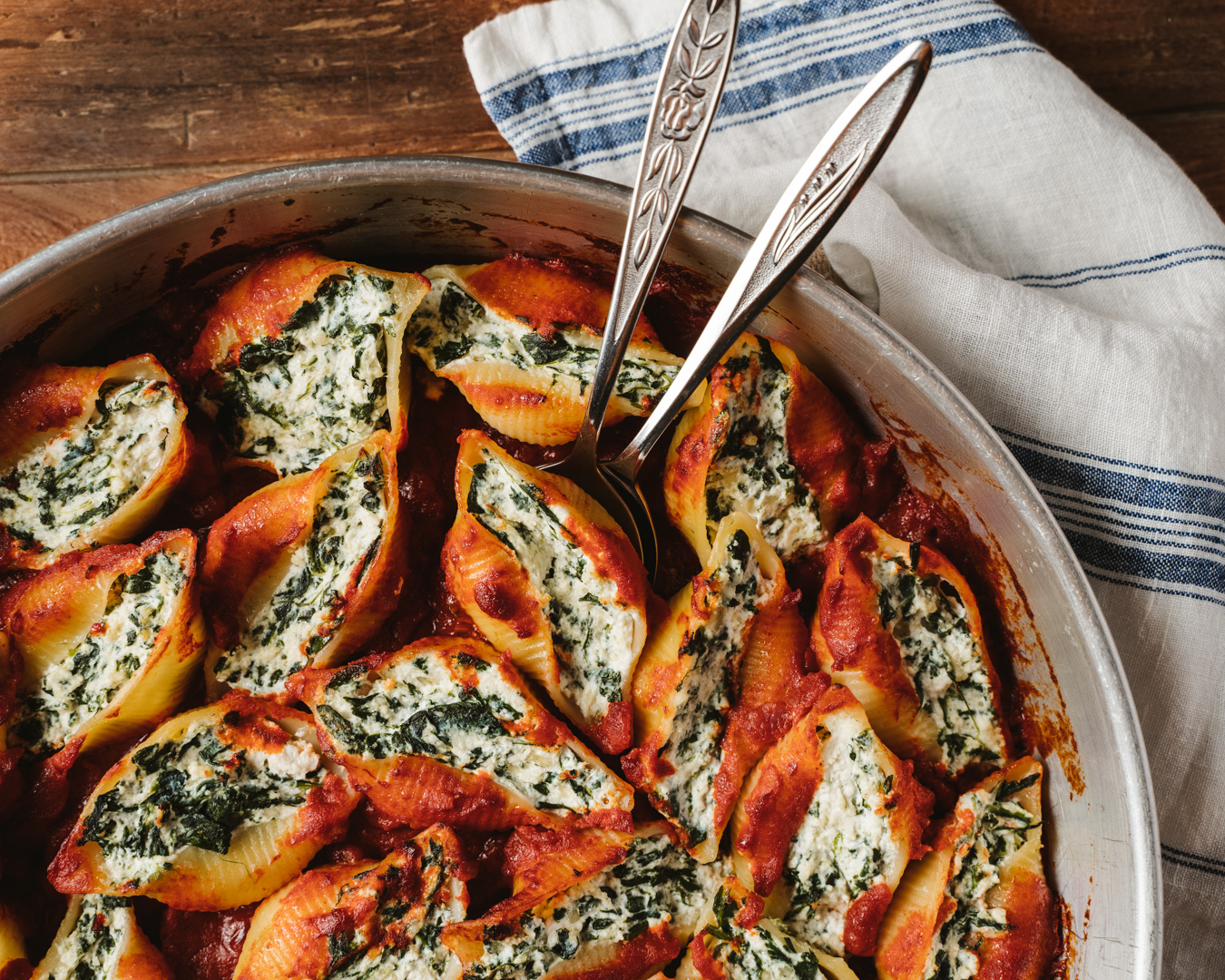 Cook spinach in a pan for 2 mins without adding any oil or water. Remove from pan and squeeze out as much water as possible. Roughly chop.

In a large pan, heat a drizzle of olive oil and add the onion. Cook until soft.

Add in passata to the pan, season to taste and simmer for around 15 mins.

While sauce is simmering, cook conchiglioni in boiling water for a couple of mins less than the time specified on the packet.

Once conchiglioni are cooked, drain and set them aside in a flat tray to cool. Drizzle with olive oil.

In a large bowl add ricotta, chopped spinach and parmesan. Stir to combine and season to taste.

Cover the bottom of a baking tray with sauce.

Fill conchiglioni one by one with ricotta filling using a teaspoon or piping bag.

Pour remaining sauce over conchiglioni and sprinkle with parmesan.

Bake in oven for 20 mins or until golden brown and pasta is tender.